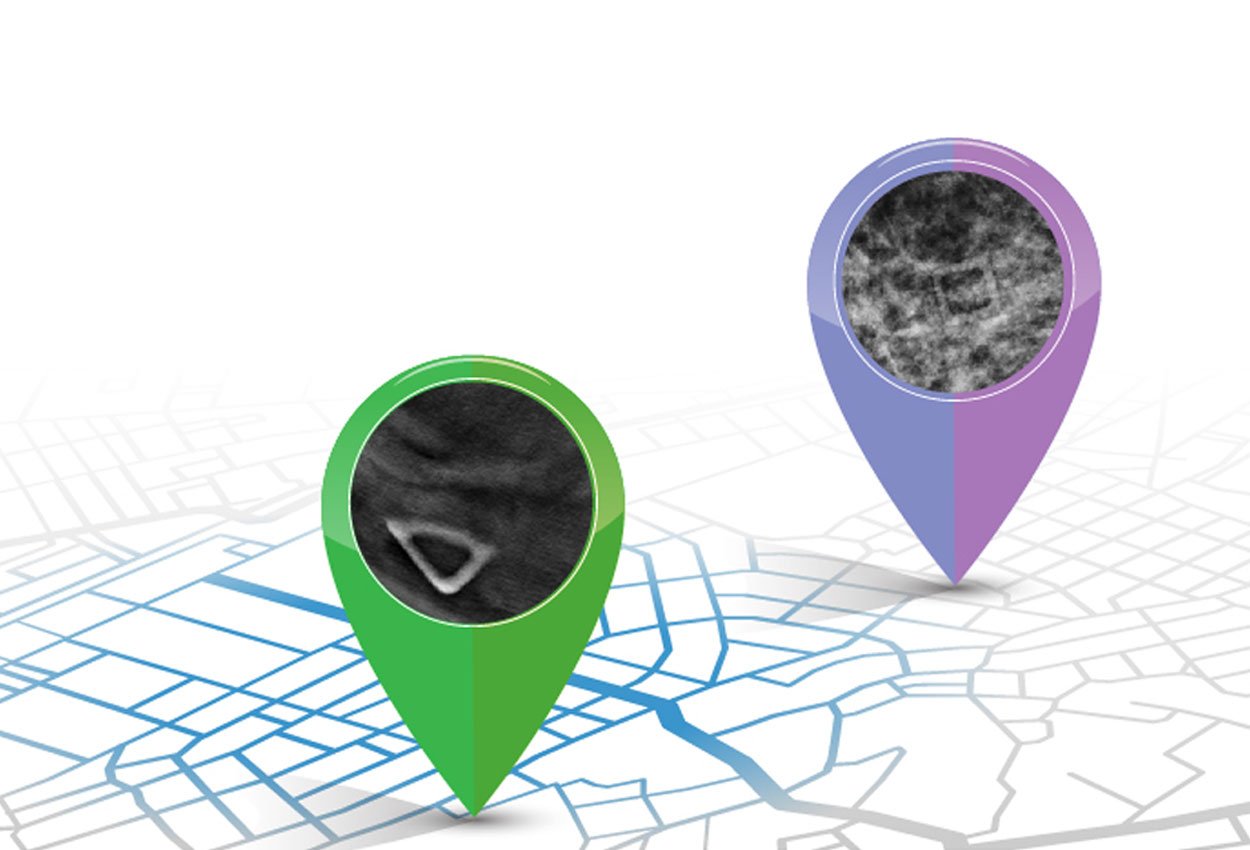 This past June, we introduced Dr. Joseph C. Benjamin, specialist in breast imaging and lead interpreting physician for mammography within the Mercy Health System in Ohio. In his paper, “Skin Marking in Digital Breast Tomosynthesis: Unique Markers Establish Consistency and Efficiency,” Dr. Benjamin writes about the clinical and operational benefits realized from implementing a system-wide 5 shape skin marking protocol in mammography and uses several case studies to demonstrate why he believes in the value of proactively using skin markers

Skin markers can demonstrate due diligence and increase patient satisfaction

When using the markers for palpable mass and points of pain, an important benefit to note is the reassurance patients receive that you are paying deep attention to their area of concern. The markers also help the radiologist immediately correlate the physical exam finding with the imaging finding, which in turn saves time and increases specificity.

The following case highlights how the use of the palpable mass marker helped diagnose benign fat necrosis related to small oil cysts, that can often times be overlooked and difficult for ultrasound technologists to locate. 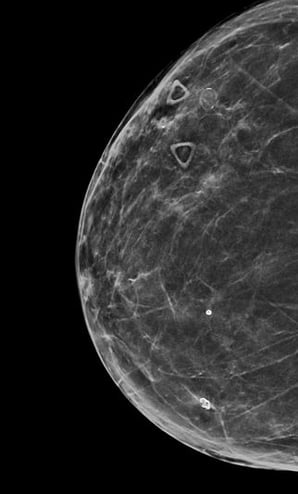 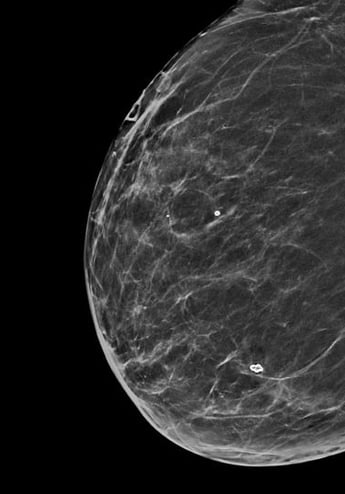 The lateral skin marker in the MLO view is imaged in tangent, but can still be identified due to the raised profile of the marker which allows for easy visualization.  A flat marker would be prone to burnout or could image as a line which could be difficult to see.

In both views, the triangular shape of the markers immediately direct attention to the area of interest which aided in this patient’s final diagnosis.

In Dr. Benjamin’s final case a 53-year-old presented for a mammogram screening. The patient reported and has a history of pain in the upper outer quadrant of her left breast. Lucent square markers were placed over the area of concern.

The image below shows the DBT images with several calcifications in the area of the reported pain as indicated by the marker. 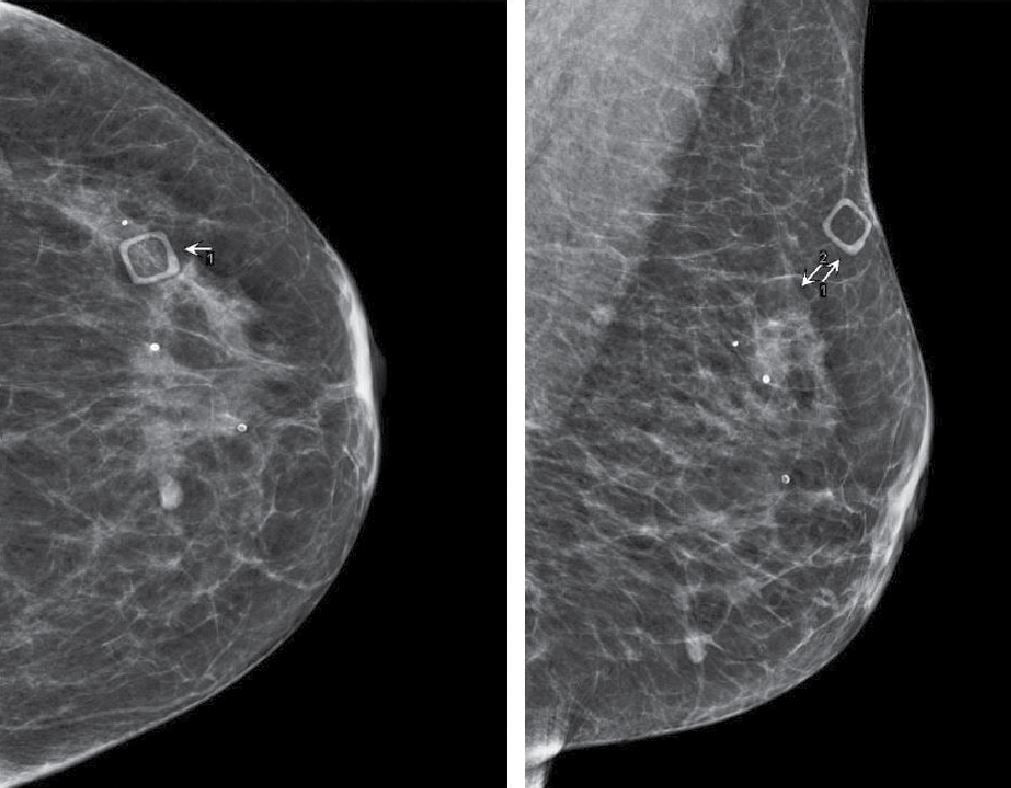 Diagnostic breast ultrasound was performed which showed a suspicious mass and calcifications. The patient then underwent ultrasound-guided core biopsy which demonstrated ductal carcinoma in situ (DCIS).

The presence of the skin marker resulted in quicker and easier location of the mass and allowed ultrasound guided biopsy rather than stereotactic biopsy to be performed. Without the use of the marker, the radiologist would only have had the presence of an area of increased density and a few calcifications to guide the decision.

The use of palpable mass and points of pain markers not only increases the radiologist’s confidence about a diagnosis, but it also increases the confidence from the patient’s perspective as well.

To learn more about the value of skin markers in mammography, contact your Beekley Medical Account Manager or email info@beekley.com.

Why Mark Moles in Digital Breast Tomosynthesis? A Radiologist Perspective