Enterography studies (in MRI and CT) are a specialized tool for a specific patient population. While it can be used to diagnose problems such as bleeding, inflammation, and obstructions, it is predominantly used to diagnose small bowel diseases.

Approximately 33,000 new cases of Crohn’s disease and 38,000 new cases of ulcerative colitis are diagnosed each year in the United States. Most often, medical experts rely on the images from an enterography study to determine such a diagnosis.

How many hospitals and imaging centers are actually performing enterography studies?

In April 2020, a blind survey was sent out to imaging departments across the United States to determine the average volume of patients per month who underwent enterography studies in the prior 12 months.

Only 34% imaging departments performed at least one enterography study every two months. Of those, only 5% testified to studying more than 5 patients per month.

If this survey is indicative of the entire imaging patient population, it would suggest that only a fraction of hospitals is responsible for diagnosing an overwhelming majority of small bowel diseases.

There was little discrepancy between the modality of choice (CT or MRI), as the patient populations being imaged in MRI or CT for enterography remained relatively even. 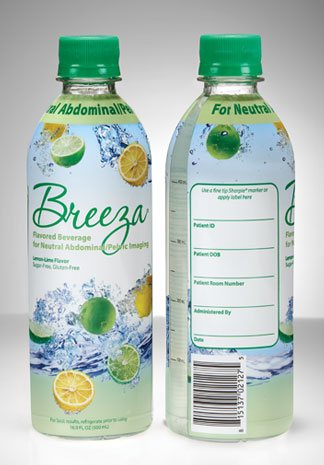 Survey participants were asked to rate patients’ response to department’s primary oral contrast agent (Very favorably, somewhat favorably, and not at all favorably).

To scan or not to scan? When the patient just cannot complete the drinking protocol

Participants also detailed their drinking protocol. On average, adult patients are asked to drink 1385mL over 60 minutes, a fact that did not vary significantly regardless of the oral contrast agent.

Drinking more than a liter of any liquid is a difficult enough for healthy people. For patients seeking diagnosis, it can be an almost insurmountable task.

When patients are unable to complete a department’s drinking protocol, it may lead to a suboptimal image for diagnosis.

This leaves medical staff with scanning dilemma: should we scan the patient “as is,” hoping they’ve consumed enough of the contrast agent, or should we reschedule them for another day in hopes they will more thoroughly complete the drinking protocol?

Of those who responded, 80% said that they typically scan the patient “as is” with the caveat that they may reschedule the patients depending on how much of the drinking protocol they were able to complete.

Most hospitals avoid rescanning the patient on the same day. While this may be done to avoid unwanted radiation exposure, imaging departments are also aware that they will only be reimbursed for one scan per patient. 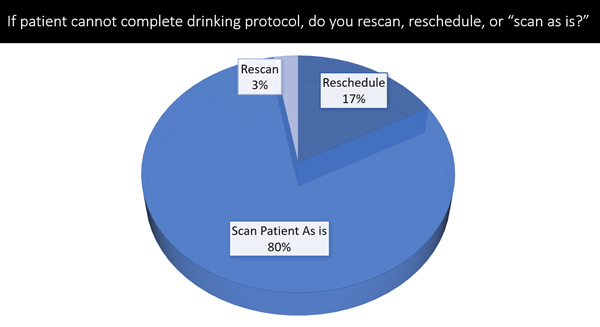 From what was gleaned in the survey, taste and texture are very important for patients to fulfill the departments drinking protocol.

While hospitals may have limited or varying influence on their reimbursement for a second scan, they can control their drinking protocol.

In May 2016, researchers with the Mayo Clinic published a study (Evaluation of Patient Tolerance and Small-Bowel Distention With a New Small-Bowel Distending Agent for Enterography) comparing Breeza flavored beverage to a barium sulfate suspension. “Based on [our] observations, our study suggests that Breeza flavored beverage for neutral abdominal imaging is an acceptable alternative to low-density barium sulfate suspension in children and adolescents undergoing CT and MR enterography.” 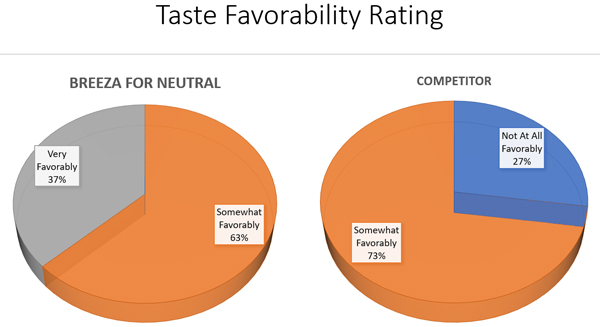 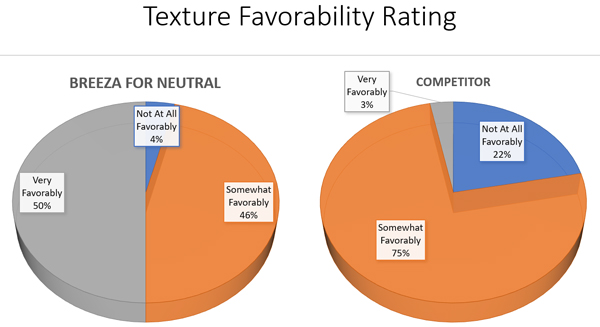 Better for patients, better for you 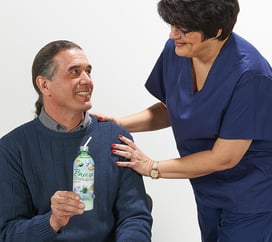 With only a small percentage of hospitals performing enterography studies, it makes sense to get the most value out of each one for both the facility and the patient. If your patients are not able to complete their drinking protocol and you are forced to scan with what’s “onboard,” you may be losing out financially.

And, even if patients are able to comply with drinking protocols but rate the taste and texture of your contract agent as unfavorable, it may reflect negatively in your patient experience surveys and result in adverse word of mouth marketing.

With higher favorability ratings from patients, Breeza flavored beverage for neutral abdominal/pelvic imaging can help you overcome those risks.

Find out first-hand by contacting your Beekley Medical Business Development Manager at 1.800.233.5539 or email info@beekley.com and ask to evaluate Breeza flavored beverage for neutral abdominal/pelvic imaging in your department.