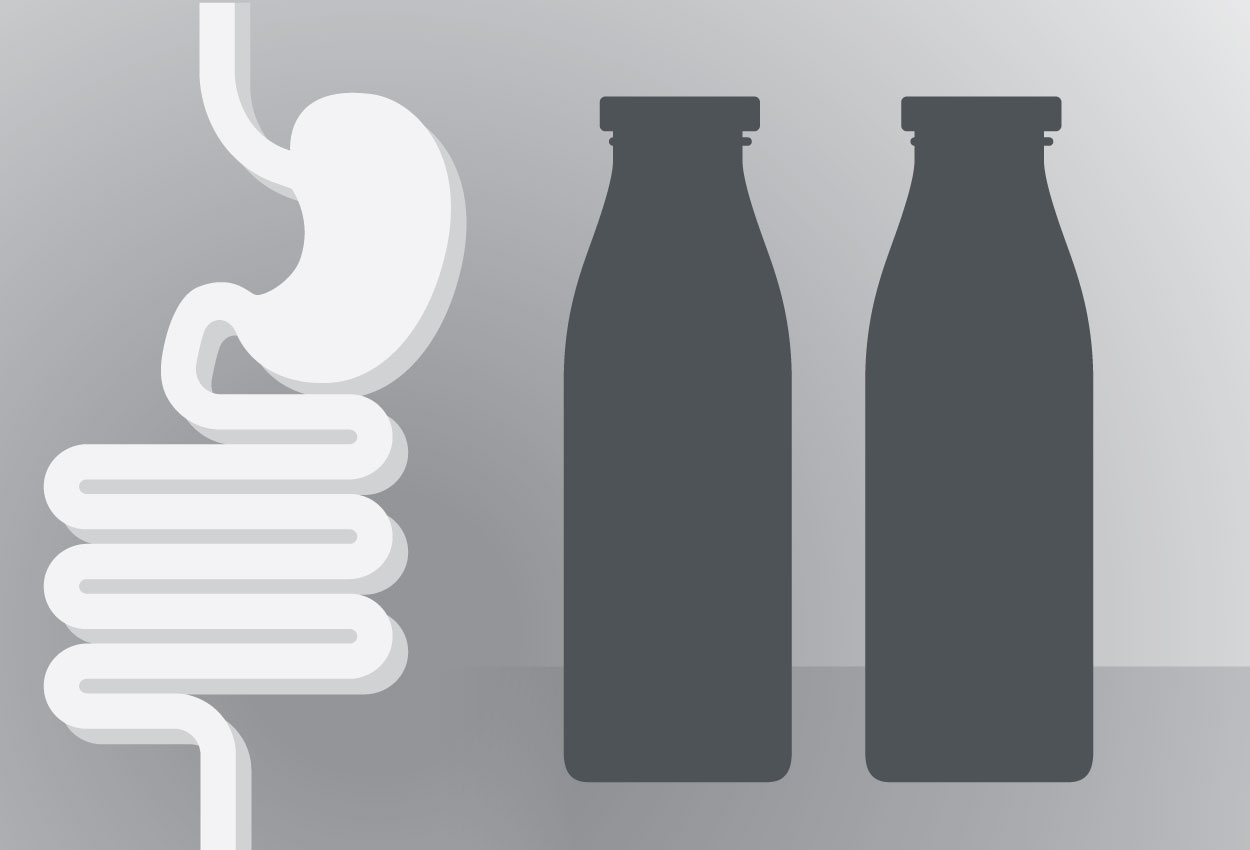 Choosing the right contrast and drinking protocol has a direct impact on an imaging department’s productivity.

Patients who cannot complete their drinking protocol often require encouragement or, in some cases, nasogastric tube placement. This non-compliance can also cause suboptimal images, forcing the patient to return for another scan.

In small-bowel imaging, tolerability is the name of the game

How do you find the most tolerable contrast agent and drinking protocol?

Three studies were conducted that evaluated drinking protocols and patient tolerance in small-bowel imaging. Below is a brief summary of their findings:

In their study, Kolbe, et. al. used 10 healthy adult subjects to compare the preference between a barium sulfate suspension and a flavored beverage designed for small-bowel enterography (Breeza® flavored beverage for neutral imaging).

Subjects then drank the required amounts over 45 minutes for each of the drinking protocols and scored each protocol for ease of drinking, taste, and their willingness to repeat drinking protocol.

Breeza with water scored the highest for ease of drinking and willingness to repeat. It also scored 2nd for taste, behind water alone.

Based on their findings, the authors stated: “Given the results of the study, we made a change in our clinical practice to use [Breeza] as the preferred agent for CT enterography and MR enterography performed in adults and children. We hope that using a more preferred agent will increase adherence to the drinking protocol, both in terms of the volume of contrast ingested and the time of ingestion, and decrease requests for enteric tube administration of contrast material.”

Some hospitals and imaging departments prefer to use a weight-based drinking protocol, particularly with pediatric patients. Dillman, et. al. used such a protocol on 66 pediatric patients randomized to receive either barium sulfate or Breeza flavored beverage for neutral abdominal/pelvic imaging. 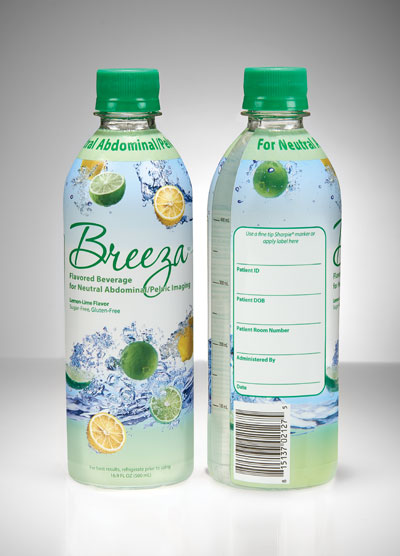 were able to complete the prescribed volume with Breeza for their exam.

Once more, patient tolerance for Breeza flavored beverage for neutral abdominal/pelvic imaging was ranked highest, and subjects demonstrated that they are more likely to comply with a drinking protocol if Breeza is the contrast agent.

In 2019, Kolbe, et.al. revisited their comparison study of oral contrast agents. This time the focus was on pediatric patients. Patients were prescribed a drinking protocol (see table below) and tolerability was measured by the patient’s ability to complete it in 60 minutes.

Dr. Kolbe explained the arduous undertaking involved in an NGT placement: “It requires explanation and acceptance from both the child and the parents or caregivers. They require a skilled provider to place and, in our institution, confirmation of placement with radiograph prior to use. Administration through NGT requires high-level supervision by a nurse to slowly push the contrast into the bowel over one hour. The time to perform these tasks is not accounted for in the child’s pre-scan workflow and usually delays the start of the exam causing disruption to the scanner schedule.”

Results of the study showed that 7% of scans using low-concentration barium suspension required NGT placement. Only 1% of scans using Breeza flavored beverage for neutral abdominal/pelvic imaging required use of a nasogastric tube.

Kolbe added, “Since we have integrated the flavored beverage into our practice, requests for NGT administration have been nearly eliminated in children, such that since the conclusion of this study we stopped offering it as a clinical service for enterography. This change has been well received by patients and their families, clinicians, and radiologists and radiology department personnel, while maintaining high quality diagnostic enterography exams in children.”

Getting your drinking protocol right will always vary from patient to patient.

However, choosing an oral contrast agent preferred by patients could increase the likelihood they will adhere to the protocol.

To learn more about Breeza flavored beverage for neutral abdominal/pelvic imaging, contact your Business Development Manager at 1.800.233.5539 or email info@beekley.com and ask about a trial evaluation at your facility.