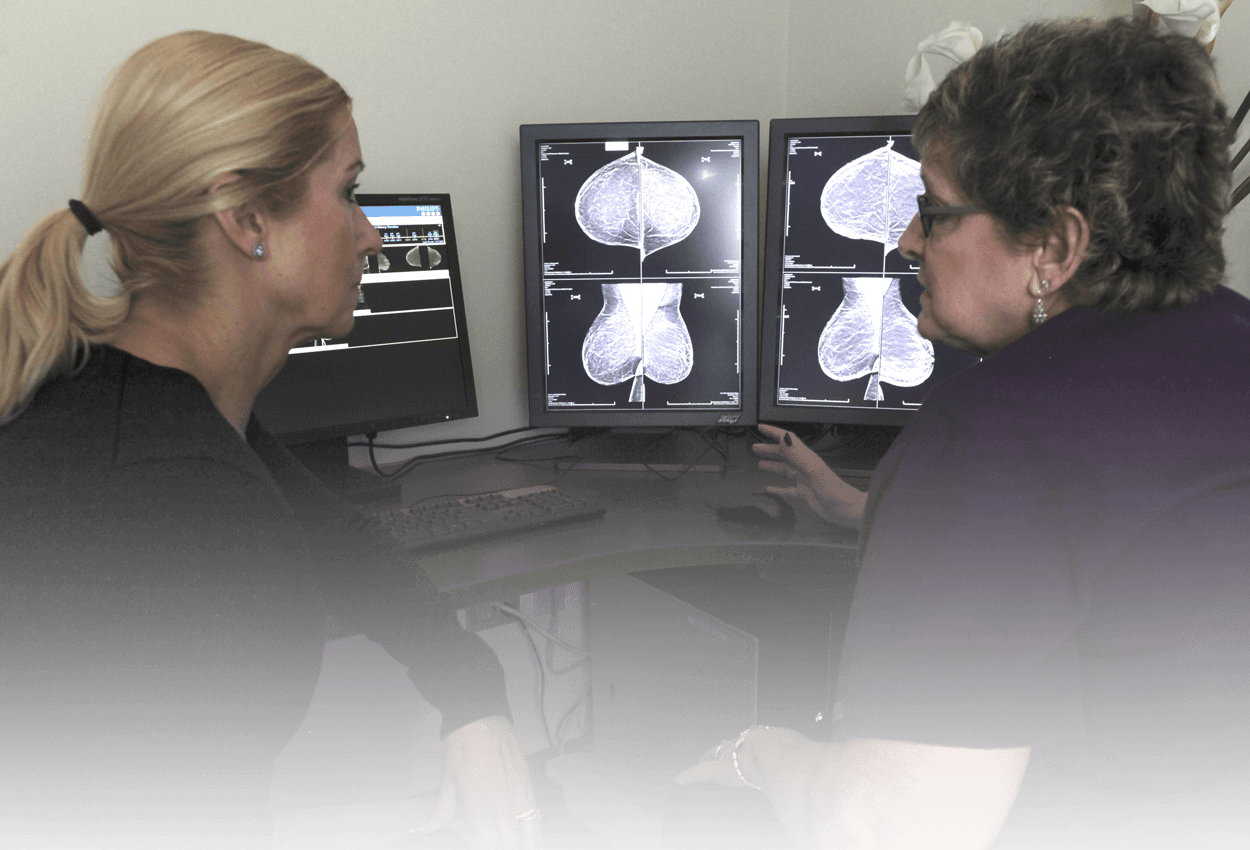 Making sure a patient is comfortable both during and after a mammogram is of the utmost importance to Dr. Christina Jacobs, a board-certified radiologist with Advanced Radiology Services and Director of Breast Imaging at Bronson Health System in Kalamazoo, Michigan. In her paper, "Skin Marking in Mammography Beneficial for Radiologists, Technologists, and Patients," Dr. Jacobs discusses just how beneficial the consistent use of skin markers can be during routine mammograms.

In her facility, markers with specific shapes are used to indicate different areas of concern such as palpable lumps, areas of concern or pain, scars, and moles or other skin lesions. They perform both 2D full field digital mammography (FFDM) and 3D mammography or digital breast tomosynthesis (DBT) and use skin markers designed specifically for DBT that generate less artifact.

When DBT was first introduced, the assumption was that moles would be easier to identify because the skin line is visible on the DBT slices, however as time went on, Radiologists realized that this was not always the case. Dr. Jacobs went so far to say “Identifying skin lesions in DBT is inherently more challenging than in traditional 2D digital mammography. Using mole markers is particularly helpful to address these challenges.”

Due to several factors, things may not always be where you would expect to see them year to year or even one orthogonal view to another. Referencing The American College of Radiology,  Dr. Jacobs discusses two equipment-related factors that could contribute to the difficulty in identifying moles.

Some manufacturers may add five extra reconstructed slices to the compression paddle side to eliminate the possibility of displaying the breast incompletely, thus causing a skin lesion to not appear on the initial slices. Additionally, if the paddle flexes, an anterior skin lesion will be on a deeper slice because the breast is thickest at the chest wall.

Another factor Dr. Jacobs mentions is that rolling of the breast on the orthogonal view can change apparent skin lesion location and mislead the radiologist.

In larger breasts, the craniocaudal (CC) view is more susceptible to this rolling of superficial tissue. “Using skin markers lets you correlate with 100% certainty that it is the same finding on the two views.”

Moles closer to the chest wall tend to be more consistent in their positions and have less variation in their image location because the tissue is less mobile. On the other hand, moles that are further out on the breast can be viewed in significantly different locations based on the anatomy of the patient or their position during the mammogram as shown in the figure below from Dr. Jacobs’ paper. 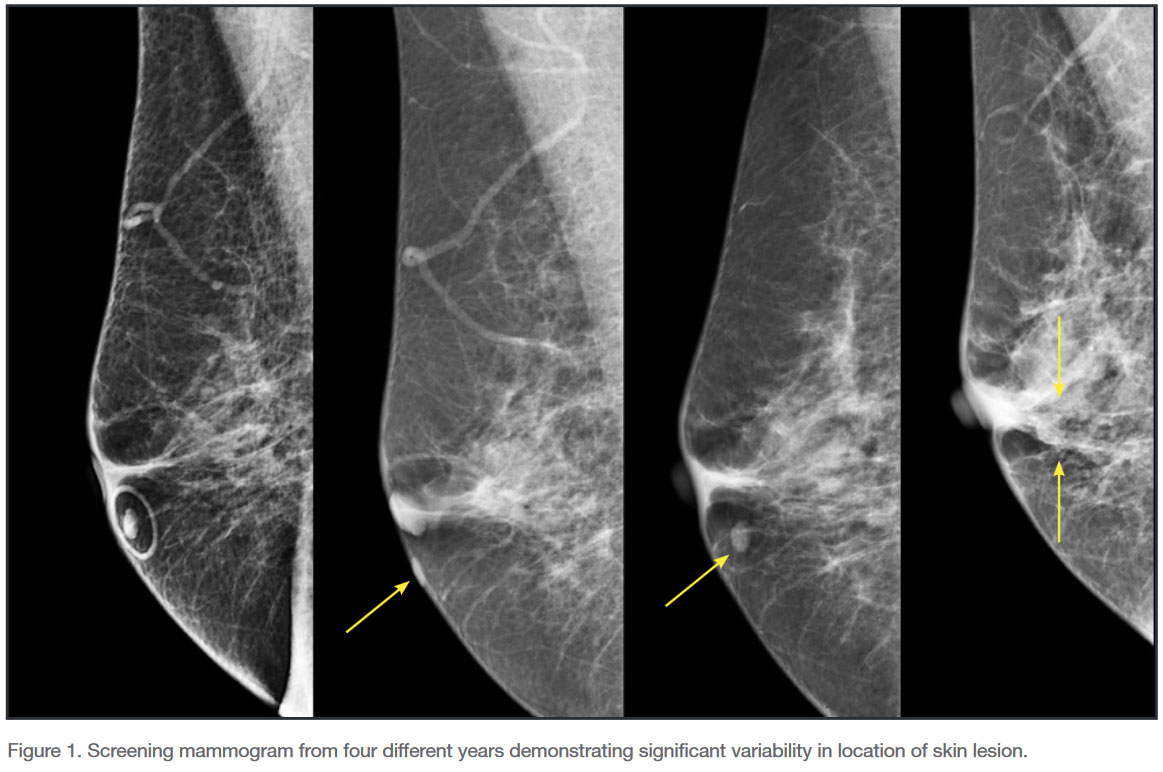 Workflow becomes more efficient with use of skin markers

Not only do skin markers help Dr. Jacobs interpret the images and save time, but they also reduce the need for unnecessary callbacks and improves communication and workflow within her facility.

For example, one of their patients was imaged without the use of any skin markers and had to return for additional imaging when a potential mass was identified. The technologist noticed a mole in the area of concern and marked it with a mole marker which confirmed the mass was indeed a pseudo lesion.

When their technologists use markers with specific shapes to indicate areas of concern such as moles, it makes the workflow more efficient. “When I’m reading an exam with skin markers, I know what each shape means. This facilitates efficient interpretation and reduces the need to review technologists’ notes on prior exams. It saves time, decreases avoidable callbacks, and makes it safer for the patient.”

Dr. Jacobs concluded that using skin markers not only benefits radiologists and technologists by improving communication and eliminating guesswork, but it also benefits her patients. Reducing callbacks, patient anxiety, and exposure to radiation makes the overall patient experience that much better.

Why Consistency, Clarity, and Clear Communication Systems in Breast Imaging are More Essential Than Ever