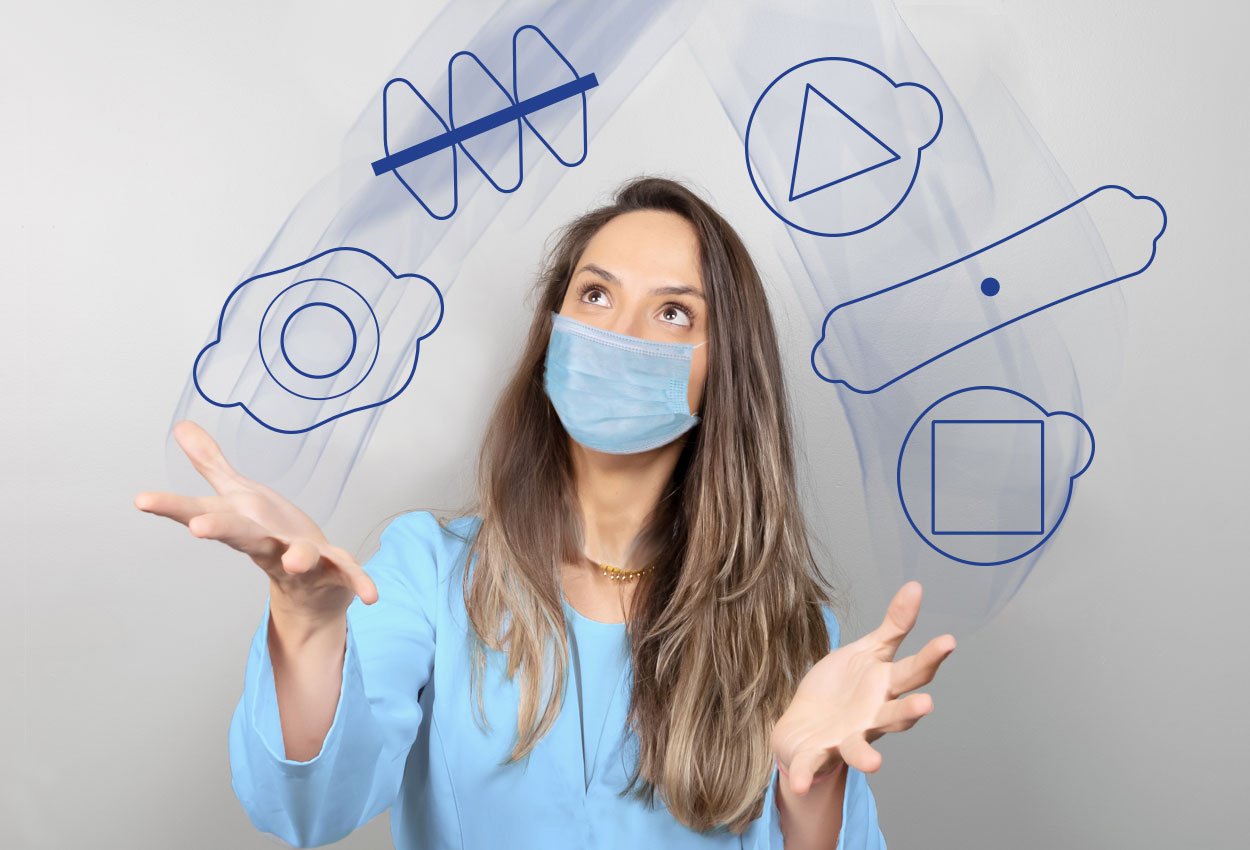 There is no doubt that 2020 had a dramatic impact on the mental well being of healthcare workers.

The results from a survey conducted by Mental Health America from June to September 2020 with 1000 healthcare workers participating are startling to say the least with 93% of respondents stated they were experiencing stress, 86% experienced anxiety, 76% reported exhaustion/burnout, and 75% felt overwhelmed.

Healthcare workers in general are known to be at risk for anxiety, depression, burnout, insomnia, moral distress, and post-traumatic stress disorder. The COVID-19 pandemic has heightened the chances of a healthcare worker feeling one or a number of these.

Although front line workers have been at the center of conversations about the mental toll of COVID-19, everyone in healthcare has been impacted in some way by the pandemic.

In diagnostic imaging, mammography is already one of the most stressful modalities.

It is a high-touch, physically demanding role for the technologist and one of the harder disciplines to master for interpreting radiologists.

Finding breast cancer in its early stages requires careful examination of images – both present and previous years, eye strain is not unusual, and there is always the specter of a future lawsuit in the event of a missed finding.

Study shows dramatic effects of work output during the pandemic

Despite mammogram screenings being put on pause for months at a time during 2020 due to the pandemic, a survey given to 462 breast imagers by the Association of Administrators in Academic Radiology (AAAR) showed that RVUs (relative value units) of breast imagers was still higher for the 2019-2020 year compared to the 2017-2018 year.

Each year period was measured from July 1st to June 30th of the following year - meaning that the months that imaging centers were closed are captured in the 2019-2020 year.

The difference between 2017/2018 and 2019/2020 shows how much more work breast radiologists and technologists performed despite the number of screenings being less in the latter year. 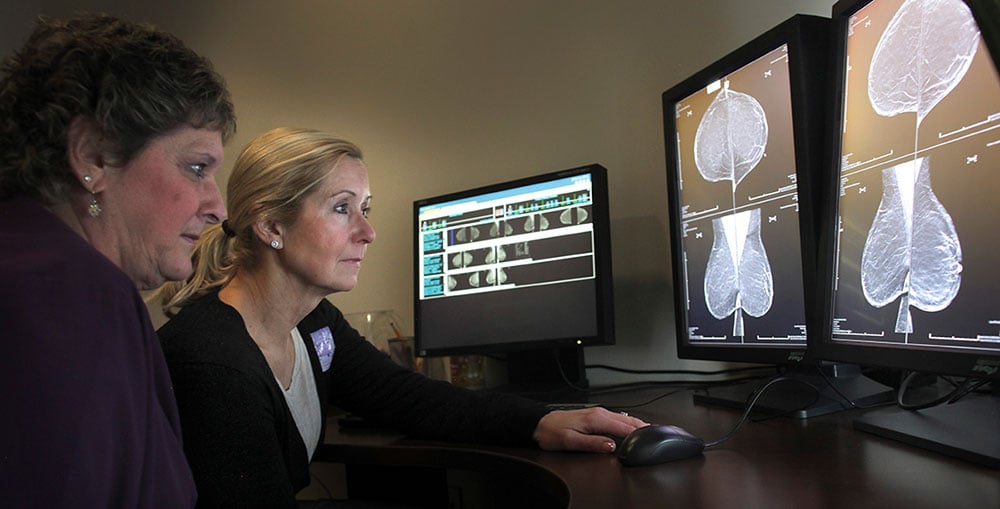 In addition to the RVUs findings, benchmark data from Premier showed that mammography technologists are performing an average of 13.2 mammograms a day for 2021, compared to 9.34 in 2019.

Dr. Donna Plecha from Case Western Reserve University (Cleveland, OH) discussed the data that was collected at the Society of Breast Imaging/American College of Radiology Breast Imaging Symposium this past April, stating that "Imaging centers are doing more work with the same amount of staff technologist-wise and despite the hit of the pandemic they are still in these higher percentiles above 2017-2018."

How skin marking can help ease the burden put on mammographers

The practice of skin marking during mammography is not only recommended by the American College of Radiology (ACR) but can save a technologist time as well as provide a sense of certainty that each image will be interpreted as accurately as possible.

Whether marking for scars, moles, masses, or points of pain/concern, radiologists can compare older images against newer images and be confident in what they are seeing. For example, a mole marker quickly identifies a skin lesion as a skin lesion and can be moved past. However, if there is something there that is not identified by a marker, it deserves a closer look. This helps the radiologist with image interpretation and spares the patient from potential reimaging.

A recent paper by Dr. Christina Jacobs, MD, Director of Breast Imaging of Bronson Health System, emphasizes the importance of skin marking and how it helps reduce patient callbacks.

Taking the “guesswork” out of interpreting mammograms

Taking the "guesswork" out of interpreting mammograms not only saves time but it decreases the chance of misinterpretation, potentially easing some of the stress that technicians and radiologists can experience.

The Beekley Skin Marking System for Mammography® has 5 unique shapes, each used for a specific purpose to help save time, improve communication, and positively impact clinical efficacy.

Nipple markers (solid dot markers) act as a landmark to help measure the nipple to lesion distance, promote good positioning, and aim to differentiate a cancer or area of concern located posterior to the nipple. 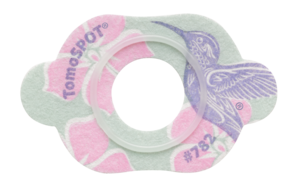 Mole markers (ring-shaped markers) signal that the density highlighted by the ring corresponds to an identified skin mole, and is not of concern. The mole is consistently captured within the center of the marker, and the marker becomes a clear and permanent part of the patient’s record that can be used for year to year comparison in future screenings.

Scar markers (linear markers) help eliminate confusion of where a prior surgical biopsy was performed. Surgical history and mammographic findings are more easily correlated, and distortion of the local breast architecture can be explained. When used consistently from year to year, placement of the scar marker will assure that a reference point to the original surgery is maintained.

Palpable mass markers (triangle-shaped markers) immediately direct attention to an area of concern on the image without hiding or blending in with calcifications. A correlation is established between the physical findings of what is palpated in comparison to what is seen on the image.

Non-palpable area of concern or point of pain markers (square-shaped markers) help eliminate confusion on areas being marked that do not correspond with any of the above applications. This marker is commonly used for areas of focal pain, cysts, or bug bites. As with all the markers, it facilitates faster read time with immediate identification of the area in question.

While using skin markers during a mammogram may not eliminate all the stress and anxiety that technologists and radiologists might feel throughout the day, it will help reduce the unnecessary stress of questioning certain findings, reordering images, and going back several years to correlate findings that could have easily been identified at a glance.