To Drink or Not to Drink: An Honest Conversation about Oral Contrast

To drink or not to drink? That is the question radiologists have been struggling with when it comes to positive oral contrast.

To the patient it may seem like an arbitrary question but there are real consequences to not using an oral contrast agent to opacify the bowels.

Due to improving imaging technology, some doctors believe that oral contrast is not necessary for diagnosing acute appendicitis. In their article, Gorchynski and Mills found IV contrast to be accurate enough.1

However, it is important to avoid using this as a “broad brush strategy” when managing the use of oral contrast. The consequences of missing early appendicitis are quite serious; ruptures, infections, and even death are side-effects that could be avoided by obtaining an optimal image of the patient at first presentation. 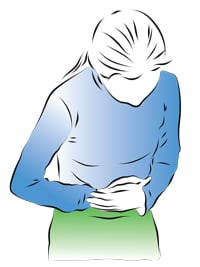 In his article, "A Plea for Oral Contrast Administration in CT for Emergency Department Patients" (American Journal of Roentgenology, July 2010),  Dr. Thomas Winter of the University of Utah told the story of an almost missed diagnosis of a hospital staff member: “We recently performed CT without oral contrast material on one of our emergency department nurses. Both prospectively and retrospectively, there was no evidence of appendicitis, and the study was unremarkable. Because of continued unexplained abdominal pain, we repeated CT 12 hours later with positive oral contrast material, and surgically proven Meckel diverticulitis was diagnosed.”

While this story has a happy ending, one must consider what would have happened if they had accepted the results of the initial image.

Dr. Winter wonders as well. “Are too many patients now receiving limited examinations in the incorrect clinical setting leading to delayed diagnoses and excess radiation?”

Not only was this nurse re-imaged and exposed to more radiation, her diagnosis was delayed by 12 hours. In addition to the patient care and clinical efficacy issues, there are also financial considerations of staff time and equipment usage not being reimbursed for the second image.

He’s not the only one who feels a contrast-enhanced image makes the difference.

Wadhwani, Guo, Saude, et al. demonstrated that reader confidence in diagnosing appendicitis was increased with the addition of oral contrast in their article "Intravenous and Oral Contrast vs Intravenous Contrast Alone Computed Tomography for the Visualization of Appendix and Diagnosis of Appendicitis in Adult Emergency Department Patients" (Canadian Association of Radiologists Journal, August 2016). The authors found that radiologists reading images from a group of patients who received only IV contrast could visualize the appendix 87.3% of the patients, whereas radiologists could visualize the appendix 94.1% in patients who received IV and oral contrast for 1 hour.

If oral contrast makes a difference to the reader's ability to diagnose, why would physician risk not using it?

Taste is the Problem

Taste and patient satisfaction play a major role in a physician’s decision to include oral contrast. Most oral contrast media, particularly the iodinated contrasts, are unpalatable and hard for the patient to swallow. Many patients require coaching to drink the 1,000 mL of liquid over an hour.

In her presentation at the 2015 RSNA, Dr. Ania Kielar presented her experience, stating that “emergency departments are a busy place and the staff is under pressure to move patients through. Coaching patients takes time and oral contrasts need a faster transit time.”

Even patients realize the value in an accurate diagnosis. Dr. Matthew Davenport and Dr. Sean Woolen surveyed 218 patients at two outpatient imaging centers. They were asked “Would you be willing to take a chance that your doctors might miss an important finding if you could avoid drinking the oral contrast?”

Patient responses to whether they could skip oral CT Contrast

How do you cover that taste? 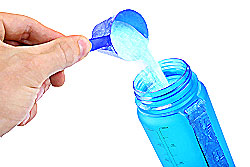 Some facilities have used juices, soda, and other beverages to cover up the bitter taste of oral iodinated contrast. Many patients and doctors have testified how ineffective these methods were.

One such patient, Stephanie McCarty, shared her experience with Beekley Medical. Stephanie has a condition where she has been required to undergo frequent CT scans since 1999 - sometimes as often as every three months.

“I’ve been in several different facilities, undergoing different types of scans,” she says, “and it seemed like each one tried something new or different in hopes of making the contrast taste better and go down easier.”

She pointed out that many of these centers tried to improve the taste of oral contrast with Crystal Light®, Gatorade®, Kool-Aid®, or fruit juices. Because these beverages were not designed to address the bitter taste of oral contrast, Stephanie would still get sick from the contrast taste. She added that she even developed an aversion to these drink mixes because they reminded her of her scans and her negative experiences.

A Beverage Designed for use with Oral Iodinated Contrast

Stephanie reached out to us after being given contrast with Breeza® flavored beverage for oral iodinated contrast as the flavor enhancer instead.

“When I was given Breeza, it was the first time I had anything that seemed to make a big difference for me. On the ­first sip I said, ‘Oh, this tastes much better,’ and I asked the girls at the reception area about it. They said it was new and I told them it was much easier to swallow.” “I was able to get it down in a much shorter time frame than anything I had tried previously and I actually drank all of it, I didn’t dump any of it out!”

Breeza® flavored beverage for oral iodinated contrast is a sugar-free, gluten-free, tropical fruit-flavored beverage that was created by a radiologist specifically for masking the bitter flavor of contrast.

If taste is keeping you from obtaining an accurate image for an accurate diagnosis, you need a beverage that can mask the taste.