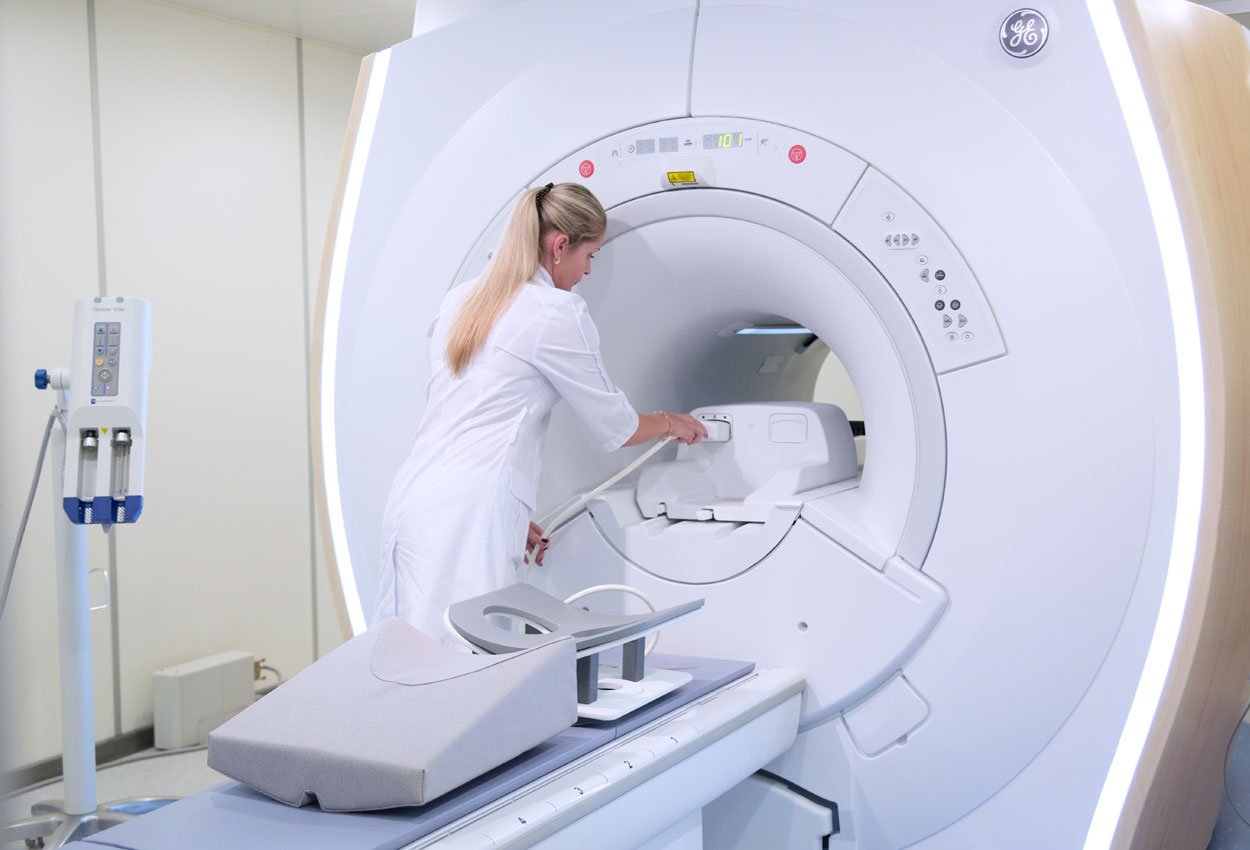 It has been shown that mammography is the most effective screening modality for the detection of breast cancer, reducing mortality by 20-30%.1

Despite this, there are limitations that have radiologists and researchers looking for the next best alternative. Primarily the sensitivity of mammography in women from 40-50 years is 79.5% and the specificity in the same age group is 88.9%.1 In addition, there is the exposure to ionizing radiation, the need for uncomfortable compression, and, in patients with dense breast tissue, there is a relative decrease in sensitivity.2

Breast ultrasound is helpful when evaluating patients with dense breast tissue but there are limitations here as well, including a limited ability to detect calcifications, the dependence on operator skill, and a relatively high number of false positives.

Breast MRI does solve some of the challenges listed above, including the elimination of ionizing radiation, compression, and the ability to detect cancer in dense tissue. The American Cancer Society (ACS) has guidelines3 for the use of MRI in the screening setting. Several studies have shown that when compared to mammography and ultrasound, screening breast MRI can be more sensitive.(4,5)

Regardless of age, mammography will detect 4 cancers for every 1000 women screened. An additional 3.5 – 4.4 cancers will be detected when U/S is utilized.

A recent study by Kuhl et al6  which evaluated women who had a mild-to-moderate increased risk of developing breast cancer, and a normal or benign digital mammogram and ultrasound, found that the addition of screening breast MRI detected an additional 18.2 cancers per 1000 women screened.

The two main obstacles associated with screening a large number of patients with MRI is the time needed to perform the exam and the cost.

Exam times differ by facility, protocol, and magnet strength. In two different studies, the full diagnostic protocol (FDP) was 17 and 35 minutes while the abbreviated protocols (AP) were reduced to 3 and 12 minutes.(6,7)

The combination of decreased scanner time with an AP, as well as the decreased interpretation time due to fewer sequences, has resulted in decreased cost of the exam. The cost of an MRI using a FDP ranges from $780 to $2,400 while the use of an AP can reduce the cost to $250 - $450.

To that end, research is underway to determine which limited set of sequences will result in the highest cancer detection in the shortest amount of time.

The benefit of an abbreviated breast MRI screening protocol is evident in the following case shared by Michael Plaza M.D. Diagnostic Center for Women, Miami, FL:

Case: This 51y/o high-risk female presents for screening abbreviated breast MRI. Based on the Tyrer Cuzick8 model the patient’s lifetime risk for breast cancer is 33.7% (threshold for inclusion of breast MRI is >20%). Mammography performed 6 months prior demonstrates retro-pectoral silicone implants and scattered areas of fibroglandular density. No suspicious mass, architectural distortion, or tumoral calcifications are present on the CC or MLO or the CC MLO ID views. (Image 1 and 2).

Radiologists have realized the potential for abbreviated breast MRI, specifically the elimination of ionizing radiation and compression as well as the ability to detect a significant number of additional cancers.

Research is currently under way via the ECOG-ACRIN 1141 trial: Comparison of Abbreviated Breast MRI and Digital Breast Tomosynthesis in Breast Cancer Screening in Women with Dense Breasts which will compare the invasive cancer detection rate of AB-MR to DBT in women with dense breasts and an average risk of breast cancer.9

The benefits of using skin markers in abbreviated breast MRI are exactly the same as they are when using a full diagnostic protocol (see Best Practices with Skin Markers in Breast MRI) .

Beekley's MR-SPOT® skin markers are specifically designed to image on every MRI sequence and reduce superficial mass-distorting indentation which is especially important within a breast coil.

For further information or to request samples, visit beekley.com or email info@beekley.com