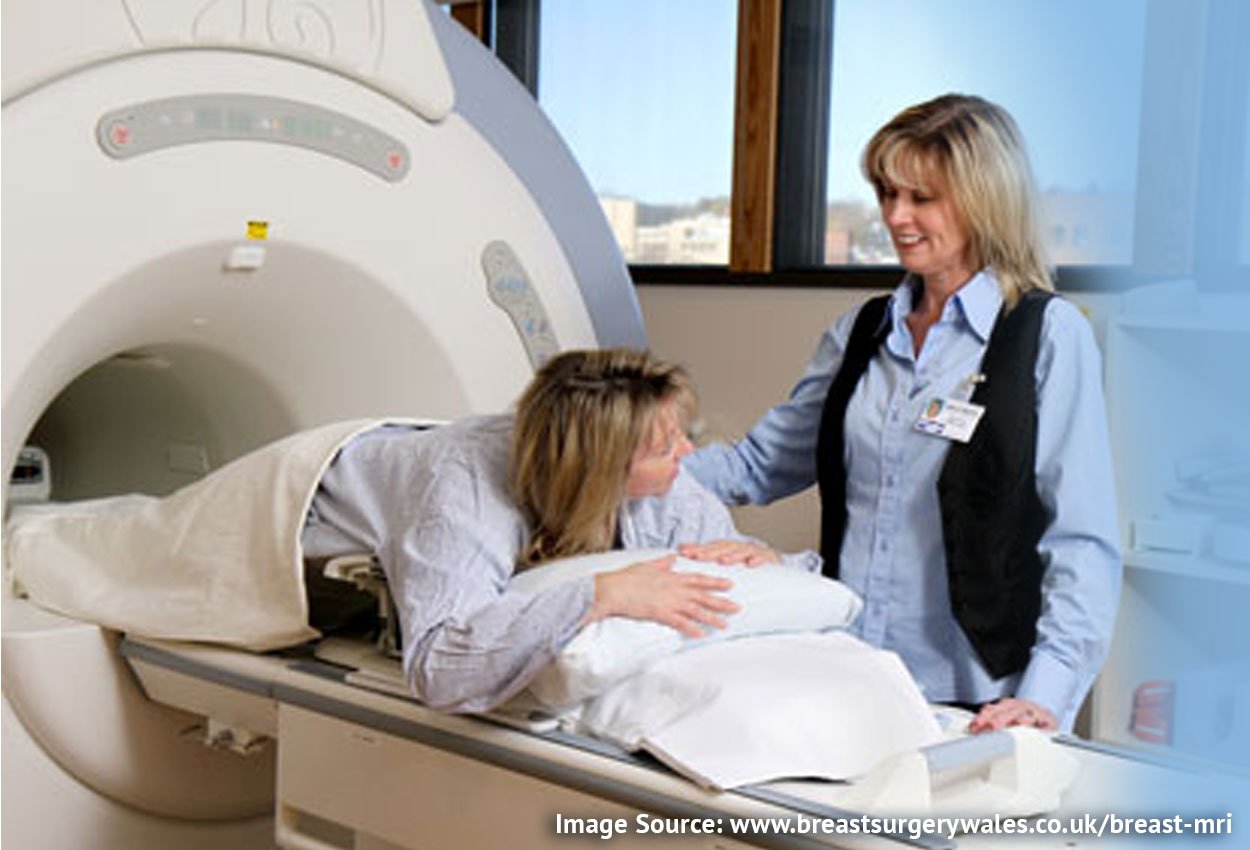 The use and benefits of MR-specific skin markers in orthopedic MRI are well known but we often receive questions with regard to their use in breast MRI.

Technologists and radiologists often ask about the situations where a skin marker is helpful as well as the characteristics that make up a useful marker for breast MRI.

The most common use for an MRI specific marker involves a patient with a known palpable mass. Typically these patients present to MRI when the lesion is mammographically occult and the lump could not be localized with ultrasound.

When technologists tune in to the emotional state of this person they see a very anxious patient who understands that she has a lump, but modern technology has yet to identify it or even see it.

Our customers have said that the simple act of placing a professional marker over the lump and explaining that this will help the radiologist identify the area of concern can be reassuring to the patient.

Facilities doing breast MRI will describe three scenarios where using a skin marker on a patient with a palpable mass saves scanner and patient table time and makes interpretation and dictation more accurate.

Marking a scar has been an accepted and beneficial practice in mammography. It has become even more important as architectural distortion not seen in 2D mammography is now increasingly evident with 3D breast tomosynthesis.2

These patients may present to MRI to explain these new findings and an MRI specific marker placed over the site of surgery will immediately communicate that these new changes are related to a historical event as opposed to a new cancer.

Marking to measure distance from nipple

It is a common practice in both mammography and ultrasound to refer to lesions within the breast by their o-clock position and the distance from the nipple. The same is true for MRI and for this reason it is important to know the exact location of the nipple.

If the nipple is not readily evident, clues to its location can often be ascertained by scrolling through the slices. But in instances where the nipple is impossible to see or in the surgically altered breast an MRI specific nipple marker is useful.

When considering what type of marker to use for these applications there are two considerations with regard to breast MRI.

The first is the need to have a marker that will image bright on all sequences. Using a makeshift capsule of vitamin E or oil from a cod’s liver may work on T1 but when they disappear on the T2 weighted and fat suppression sequences they delay interpretation and can create questions rather than provide answers.

And finally there is the consideration of indentation caused by a marker either being taped to the breast or when a larger breast fills the entire breast coil and there is no room for the marker itself.

Both of these problems can be solved by using a professional low profile marker on a self-adhesive backing. The self-adhesive feature floats the marker on the skin surface. The low profile or packet design will minimize indentation which can distort the size and shape of a superficial lesion.

Beekley Medical’s MR-SPOT packets meet all of these criteria as they image on all pulse sequences regardless of magnet strength. They come on a self-adhesive label that is both hypoallergenic and latex-free; the low profile design of the MR-Spot packets (Ref #184, #185 and #186) help minimize indentation.