Who's Your Santa? A Fun, Festive Team Building Event 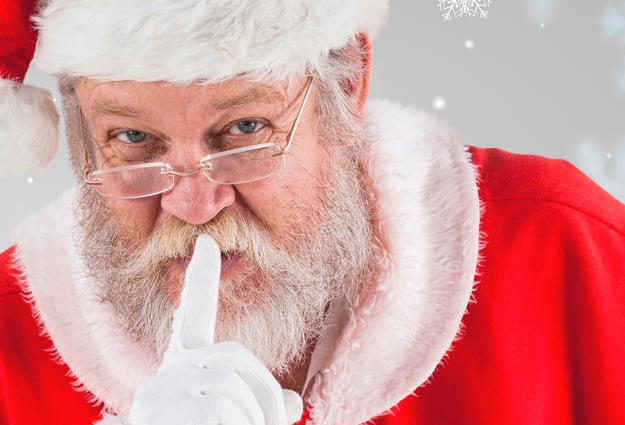 Who's Your Santa? A Fun, Festive Team Building Event
December is crunch time for most businesses.

Stress levels are up and everyone is scrambling to finish that big project or make goal. Daylight is in short supply, temperatures are low, and one good snowstorm can set you back a day or two.

But it's also a time for fun, laughter, fellowship....and Secret Santa!

Yes, others may groan at the idea of the office gift exchange. One article in the Chicago Tribune actually called it "the worst idea ever" - a soul-devouring activity where "co-workers uncomfortably receive gifts they don't like from people they don't know for reasons they can't imagine."

Rather than building camaraderie, the writer states that workplace gift exchanges serve only to "plunk an extra dollop of stress on people's decorative holiday plates."

But here at Beekley, it's an embraced tradition that we look forward to every year.

The secret to a “Secret Santa” event Associates look forward to

It turns out it's the "Secret" that makes this event so much fun - not the actual "Santa."

Well, that's not exactly true.... what I meant was guessing who your Santa - actually, who any Santa is - is the fun part. The gift exchange is just the icing on the cake.

"It's a lot of fun and doesn't require a lot of work. It's good for introverts and extroverts, and it's fun to hear the clues to see if you can also figure it out. Great fellowship with very little pressure."  Heather O.

"I have participated in the Secret Santa festivities every year that our company has hosted it because I enjoy getting to know fellow Associates that I may not know well, and because it is so much fun leaving clues and receiving them!"  Joyce C.

"I like to participate in Secret Santa because it's great to find out things about fellow Associates via their hints and it’s also fun to work with others to try to figure out who it could be! I'm amazed at the number of participants we have this year - each year more people participate so it must be fun!" Kelli L.

“I decided to do to the Secret Santa because what better way to bring new employees with ones that have been here for years, to have teams and people that normally don’t work together laughing and guessing and bringing everyone together? It really shows just how much this company likes its employees and how much it wants all departments, people younger and older, of all nationalities and backgrounds to get to know one another and just have a great time. I can’t wait until next week!” Danielle B. 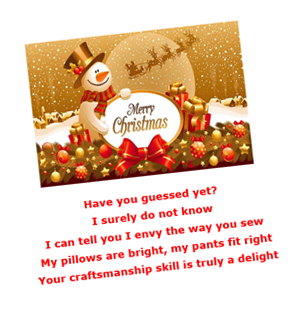 “Getting hints and trying to figure out who your Secret Santa could be is so much fun. You get to know your colleagues better and this brings us all closer.” Rich F.

So to all you companies out there dreading or rethinking your workplace Secret Santa, you're doing it wrong.

About a week before Thanksgiving, Associates who are interested in participating in Secret Santa drop their name in a basket. If so inclined, they can help their Santa with a few hints as to what they may like - so long as it’s in a $20 price range.

Right before the Thanksgiving break, participating Associates draw names out of the basket to see who their gift recipient will be.

Each "Santa" is required to leave at least 3 clues to their identity prior to the date of the gift exchange.

At the gift exchange the recipient needs to guess the identity of their Santa before they can receive their gift. Right guesses are cheered, wrong guesses bring surprised shouts and hoots of laughter. Don’t worry though, right or wrong they still get their gift. Only bragging rights are lost here.

With 61% of the company participating, representing all departments and divisions, and including senior leadership, it can be quite the challenge to guess correctly.

And, of course, being a very competitive company filled with high achievers, each Santa wants to remain secret and each recipient wants to solve their clues and guess correctly in front of their peers. 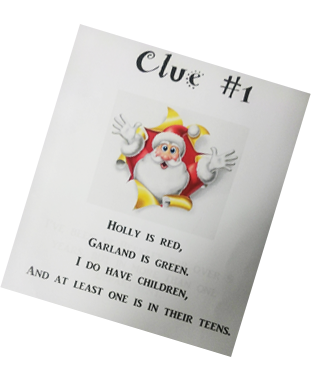 So the clues become very creative, "elves" are enlisted to deliver clues on behalf of Santa, and some of us will stop at nothing to try and throw our recipient off the scent.

First year Associate, Sheri C. said, "I've always enjoyed Secret Santa, though with the Beekley twist on clues, I was like, what? Then it was explained to me and it got a lot more interesting - wow, people are crafty! Then I learned about having elves - where does it stop?"

Sally C., a more senior Associate, told us she participates "because it's fun to try and figure out who your Secret Santa is and because of the challenge to create clues that leave people wondering and looking at everything carefully."

But the guessers, including those new to Beekley, are not without recourse either.  Clue guessing becomes a team sport. It's not uncommon for groups to come together to help each other with their clues.

"I look forward to participating in Secret Santa because it brings out the kid in all of us. It is fun getting clues and giving clues as Secret Santa. It actually brings us closer together as we share with our cubby neighbors what clues we have received.  We work hard all year round, it is nice when the holidays come and we get to play a little." Melissa V.

But be careful, one of your helpers may be a mole, or even your own Secret Santa, out to misdirect you by suggesting someone else fits the clues.

And that’s because we make the clues purposely vague. Women in our company outnumber men by a large amount, so if your first clue is “I’m a female” you’re only ruling out a small percentage of potential Santas.

Some Santas use the strategy to tell you what they know about you, rather than giving clues to their own identity and other, very creative (and by that I mean evil) types will encode their clues in wing dings or some other type of cypher to be figured out. 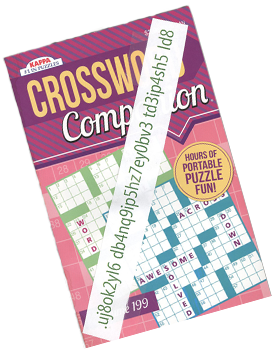 You can tell when it’s getting serious when you see Associates taking a stroll in parts of the company they don't usually frequent to see if they can pinpoint their Santa from the clues they received - looking for pictures of pets, children, awards, or anything else that could help narrow their list of suspects.

Sometimes it just comes down to guessing by process of elimination on the day of the exchange....if you're lucky enough to be one of the later gifts distributed during the exchange and can keep track of who has been successfully guessed by others.

Kidding aside, it's all good fun. We love guessing and we even loved being stumped. The important thing is we had fun and got a little closer to our co-workers.

Luanne M. called it "a great way to get to know fellow Beekley Associates in other parts of the organization and share in the festive activities. It really gets me in the holiday spirit. It's lots of fun to see if you can figure out your Secret Santa and if they figure you out too!"

“It is always a lot of fun to be a part of and help spread festive holiday warmth and cheer amongst my Beekley family team! Enjoying what we do, making footprints as a team, having fun along the way, only helps reinforce the positive outlook in each of our lives both personally and professionally.” Liz S.

Cindy S. agrees, "I think it's a great time of year to spread joy, laughter, and to get to know your colleagues better. The clues make it fun and keep you guessing. Laughing is a great way to reduce holiday stress, too!"

Just like those cheesy infomercials, why have one Santa to guess when you can get two for the same price?

One element that elevates the fun of the gift exchange is the tightly held secret by the event organizer as to who is going to play Santa and give out the gifts – red suit, white beard and all.

Most of the time it’s a rite of passage for a good-humored new associate. When the most secret of all Secret Santas makes his (or her) appearance - it’s to laughter and a sense of glee that never subsides.

It’s amazing how that red suit brings out the actor in most people - our official Santas have clearly relished the role. Some Santas, one Mrs. Claus, and an extremely tall elf are Beekley legends that we “old-timers” share with our new recruits when asked what our Secret Santa is like.

“It is always a spirited gathering to unveil the Secret Santa…and Santa is always full of surprises.” Maureen G.

We have so much fun with Secret Santa at Beekley, it’s hard to image that there are other poor souls dreading it at their companies.

For us it’s not the gift, but the game that counts.

Who's your Santa? A fun, festive team building event: