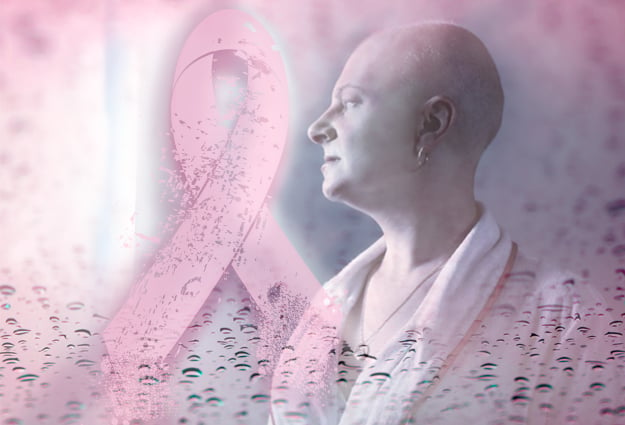 It looks as though we may be on the losing side in the fight against breast cancer.

The US Preventative Services Task Force on Mammography made a decision based on decades-old data which will turn the clock back 30 years when it comes to our breast health and the early detection of breast cancer.

Ignoring the voices of the healthcare professionals actually involved in detecting and treating breast cancer, the USPSTF stuck by their 2009 recommendations of screening mammograms every two years beginning at age 50 and optional self breast exams.

Never mind that 1 in 8 women will get cancer in their lifetime or that the most invasive cancers tend to occur in younger women. Or that these younger women are literally dying to get breast density notification legislation passed in an effort to save the lives of others.

Never mind that imaging technology has advanced light years since 1969 (when the "modern" mammogram was introduced)leading to more cancers being detected at earlier stages, giving more women better chances at long-term survival.

Or that despite these advances, breast cancer is the second leading cause of death from cancer in women (#1 among Hispanic women), killing 40,000 of us annually.

Thanks largely in part to the uproar over the USPTF Mammography Guidelines issued in 2009, annual mammograms beginning at age 40 were covered by Medicare and other insurers. That may not be the case today.

Ironically, the Affordable Care Act (which was supposed to provide greater access to healthcare for more people) may be responsible for preventing easy access to early detection of breast cancer for a large amount of American women.

The ACA states that private insurers are no longer required to reimburse beneficiaries for services that do not carry at least a grade B recommendation from USPSTF.

This means that some private insurance plans may no longer pay for mammograms of average-risk women in their 40s. Likewise, older women in their 50s and early 60s may find it more difficult to get reimbursed for annual mammograms because the grade B recommendation is only for every two years.

Medicare is not affected by the ACA rules, as the federal program is governed under a separate statutory mandate, but that still leaves a pretty large swath of women aged 40-65 for whom regular breast cancer screening may no longer be an economically viable option.

So how did we get here?

Has the fact that less women are dying from breast cancer in the decades since annual mammograms at 40 became the norm lulled the majority of us into a false sense of security that breast cancer isn't that big of a deal?

Did decorating everything from football helmets to yogurt cups with pink ribbons feel more festive and fun rather than an awareness campaign about a deadly disease?

Or is it that deep down we feel that getting our annual mammograms is like eating fiber - we know we should probably do it, but would rather not?

Do we go back to an era when the words "she found a lump" were practically a death sentence, mouthed in hushed voices and tones of dread

Do we wait to speak up only after we see more of our loved ones dying from cancers which could have - and should have - been caught by early screening mammograms that we enjoy today? I can tell you from personal experience that watching a loved one die from cancer is not pretty. It's ugly and horrible and it sucks.

Now is the time to advocate for ourselves. Before our silence indicates acquiescence and surrender.

A published analysis in the American Journal of Roentgenology indicated that if USPSTF breast cancer screening guidelines were followed, approximately 6,500-10,000 additional women each year in the United States would die from breast cancer.

The public has until May 15, 2015 to review the draft recommendations and leave comments. We strongly urge you to do so.

In addition, make sure your Senators and Representatives are doing more for your breast health than just wearing a lapel pin in October. Let them know how much access to early detection matters to you

Write that letter. Make that call

It might just save your life or that of someone you love.