A Radiologist’s Perspective:The Value of Consistent Communication with Skin Markers in Mammography 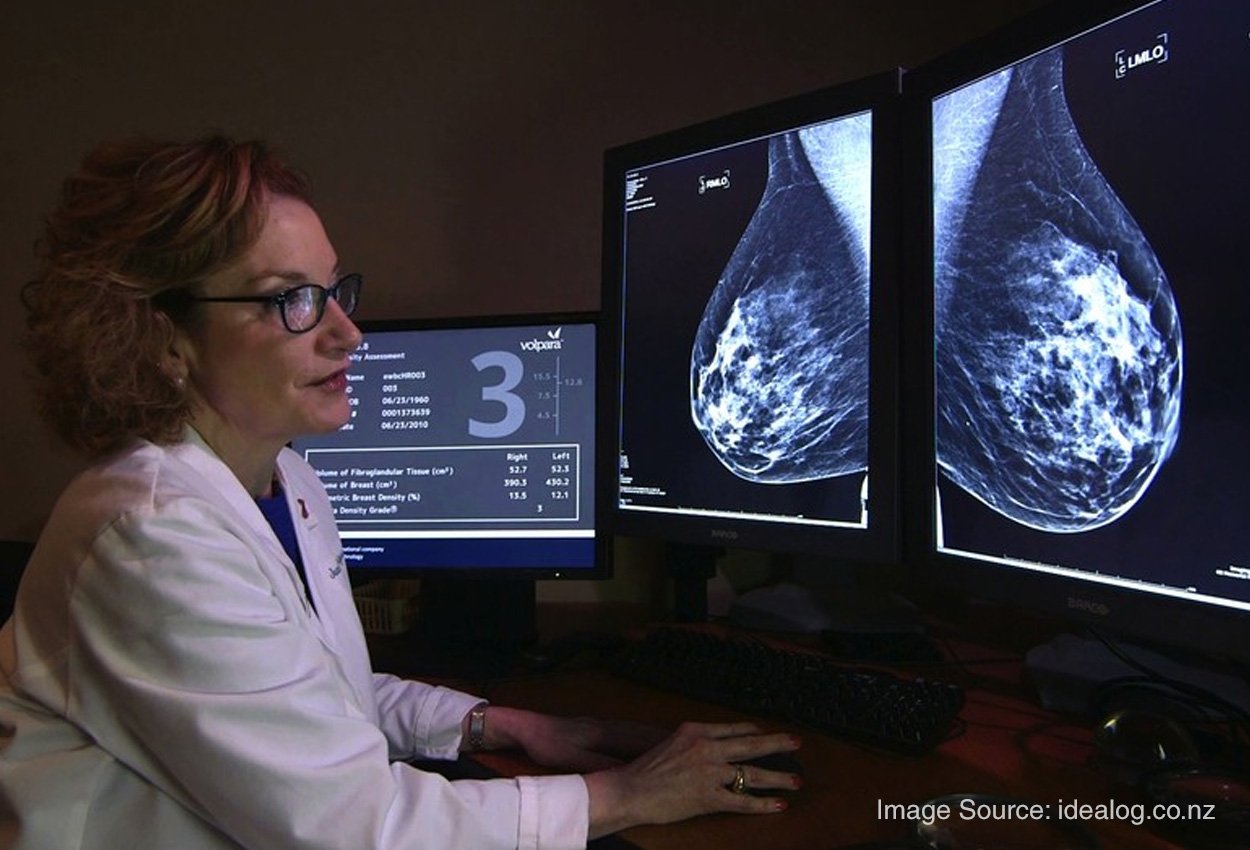 In the day to day role of a radiologist, the ability to read thoroughly and accurately is an expectation.

I recently spoke with Dr. Jean Weigert, a dedicated breast radiologist with Jefferson Radiology, an affiliate of MEDNAX, who in between reading over 100 cases a day and working on writing a refresher course for the ACR, took time out of her demanding schedule to share her perspective on why skin marking, and particularly, the 5-shape Beekley Skin Marking System® for Mammography is a fundamental tool in her role.

Q:  What is most important to you in your role?

Dr. Weigert:   To me, it is most important to be accurate in my diagnosis.

We read approximately 80 to 90 screening mammograms in the morning, plus about 15 to 25 diagnostics. Some days, this can be close to 130 cases a day.

On top of that we’ll have some MRI procedures and approximately 10 or 15 screening breast ultrasounds. It adds up.

With numerous facility locations, having standardization within our system and our processes is vital.

Q:  Given that the work, and specifically the case load, is so demanding, what would you say presents the biggest challenge?

Dr. Weigert:   I would say being efficient, but also being thorough and focused.

Q:  How does the consistent use of a 5-shape skin marking system for communication impact you in your role?

Dr. Weigert:   They help us to discriminate areas of cancer from normal tissue and benign processes like skin lesions and scars in a very structured, easy to use way.

I think for so many, breast tissue is a very complicated thing to look at.

In addition to knowing whether something is new or old, it's important to know whether it is something we need to worry about or not.

For instance, if you have a mole marker on a skin lesion, you can go immediately identify it as such and scroll right past.  But, if there's something there (not affiliated with a marker), you can discriminate that and know that “oh, wait a minute, I need to look at this area more closely”.

Another example is if you have an area of architectural distortion, and it's not marked with a scar marker, you have to stop to think if your next step is going to be to pour through the patient’s detailed history to figure out. Did this patient have surgery? And if so, where was it?

You see that scar marker and you're done. You know, okay, that's not something I'm worrying about.

Q:  How does the practice of skin marking save you time?

Dr. Weigert:   It saves me time and it keeps me focused, because I don't have to waste time worrying about something that in the end turns out to be nothing.

Or, if I'm not sure because I don't have an adequate history and the area isn't marked, I then need to bring that patient back for additional imaging.  That has happened to me where it turns out that Mrs. Jones comes in and says, "Oh, I had surgery 30 years ago." And then you are left thinking "Oh, well, I'm so sorry I had to bring you back for nothing." 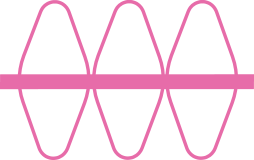 Dr. Weigert: When it comes to scars, I like the scars marked each time. I know some of my colleagues don't feel that's necessary.  I do ask the techs to mark as often as possible. Rather than only mark for a year or two after a surgery, it is important for me to have consistency and helps with my comparison from year to year when I see the scar marker.

Q:  What’s your philosophy on the use of mole markers?

For example, I had a case today of an elderly woman who had a mole sitting next to a mass. The mass is getting bigger over time.

If one of them hadn't been marked with a mole marker, someone might've just thought, "Oh, they must just both be moles." But because it was marked, I could say, "Wait a minute, this little thing is changing. I need to work it up - I think it's a cancer, in fact, I'm sure it's a cancer.

Q: Can you elaborate more on this case and the distinction between mass and mole?

Dr. Weigert:   Over the years at other facilities, I've had patients where the mole marker is not utilized, and the radiologist will bring a patient back for an additional work up and it turns out to be a mole. The first thing the tech does when they have that patient back is say; “oh, let me put a mole marker on that to make sure.”

Let's say something was marked the year before or the year before that. And then the patient comes in and now there are a couple of little things you now see on the image.

You need to know, is she getting more moles?  That whole chain of thought can go through your brain, instead of being clear that this is the mole, and oh look, this is something new.

Skin marking with distinctive shapes just provides a level of clarity and you can move on quicker. And hopefully you don't miss cancers.

Q:  I've heard, "If patients have lots of moles, it's hard to mark them all because it can be distracting to the radiologist." What’s your perspective on the threshold for a woman who has lots of raised lesions?

I've seen women who have neurofibromatosis which is a neurological disease, but also has skin manifestations. Some people have a milder form and all they get are these soft tissue masses and you can get them on your breast. It's not that common, but you really want those marked as well.

Any of these kinds of soft tissue masses, moles, skin tags, that present could potentially show up on the image. 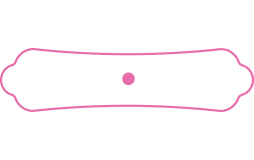 How do you find the use of nipple markers valuable?

Dr. Weigert:   I find them valuable for special cases. Certainly, if there is a question of a mass in the retroareolar area, they can be helpful in making sure that the nipple is not confused. 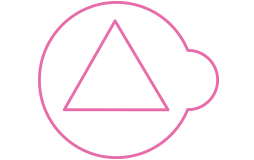 Q: With the use of the palpable mass markers, what would you say you like most?

Dr. Weigert:   It really does help keep you focused. Seeing the triangle for a patient that comes with a palpable area you know right away where to concentrate.

Of course, it's also very helpful for the technologist to know where she will plan for her additional pictures. It is also then beneficial for the ultra-sonographer to know where to go back to start her breast ultrasound. Patients go right to ultrasound with the actual triangle marker still on their breast. 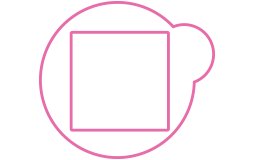 Q:  So what's the first thing that goes through your mind when you see the square-shaped skin marker?

Dr. Weigert:   We get a lot of patients with pain.

Most of the time, it's diffuse, so they do not need a pain marker.  However, if it's focal, we have techs use those as well.

Nine times out of ten, it's negative. But there could be finding such as a mass. There could be an enlarging cyst which is painful, and occasionally, a cancer.

So, I think it is important to distinguish focal pain differently, because it's a different history. You still need to work it up appropriately. You're still going to do an ultrasound. The marker helps save time and increases communication because you can alert the technologist for what you think might be hiding.

Transitioning from 2D to 3D

Q: We’ve heard some radiologists automatically assume that when they transition to 3D mammography that they don't need to mark moles as much. What would you say to those that believe this and go away from it?

Dr. Weigert:   I don’t agree. Marking is still helpful. I still like to see them, because again, it's just easier as I'm panning through the images.

When I see the mole marker, I'm done. I like things consistent and simple. And skin marking is one thing to help with that.

With numerous facility locations, having standardization within our system and our processes is critical to me which is why we use all 5 shapes of the TomoSPOT® skin markers for our 3D imaging.

Q:  What potential consequences might you experience when a patient brings images from another facility and they don't match the standardization of your policies and how you read?

Dr. Weigert:   You might have to rework them up, because you might not know if their mass is a mole. Again, it's why it’s so important to be diligent with skin marking so that we can be accurate as well as efficient.

Q:  Why are the distinct shapes so important for a universal communication system?

Dr. Weigert:   It ties into why we try to have uniform verbiage, why we use the BIRAD classification, and why we try to describe things in a way that anyone can pick up a report and understand what we're talking about.

I do this as the ACR's certifier and it is the most frustrating thing when you read reports from people that you don’t know what they are saying. The verbiage isn’t universal. So, for us, pictures are obviously key. That's what we look at. We look at pictures. 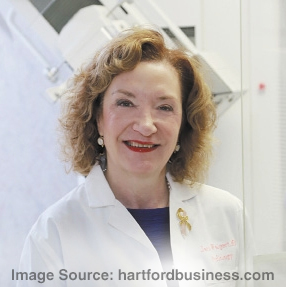 Like Dr. Weigert, Beekley Medical has been committed to helping breast imaging professionals create a standardized, consistent, and more effective means of communication in mammography ever since we helped pioneer the shape communication system in conjunction with radiologist Dr. Donald Russell of Bristol Hospital over 30 years ago. And, as Dr. Weigert pointed out – despite changes in technology over the years, the need for visual communication to interpreting physicians remains the same.

Learn more about the relevance of a five-shape skin marking system as a standardized means of visual communications with “Advanced Skin Marking in Breast Tomosynthesis and MRI,” a self-guided activity approved by the ASRT for 1 Category A continuing education credit.

Dr. Weigert viewed this presentation earlier this year and shared:

“It is extremely well done and gives so much important information to both techs and radiologists.”

Make sure your team is on the same page with a visual universal communication system: Take the course at:  www.beekley.com/ceu17

A Radiologist's Perspective on the Importance of Marking Moles in Mammography